This is an old revision of the document!

I had an old camera, a Samsung DigitalCam VP-D372WH PAL which takes DV tapes. I decided to get it out and see what it had on the tapes, and if there was anything I could do with it. What a mission!

The camera worked, I found some footage of family gatherings which I wanted to rescue. So, I just needed to get the footage onto the computer… 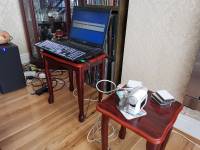 I dug an old laptop out of the garage (not used since 2014, it was old then). Which had a Firewire socket on it. The fact that the keyboard didn't work very well (due to the Lucozade incident of 2011) was easily overcome by using a USB keyboard.

Clearly there was an issue with the laptop, and I wasn't going to get anywhere with it. Back into storage for now.

I purchased a new firewire card, 1394 Firewire Card,PCIe 3 Ports 1394A Firewire Expansion Card, PCI Express (1X) to External IEEE 1394 Adapter Controller (2 x 6 Pin + 1 x 4 Pin) for Desktop PC and DV Connection. It turns out that the only PCIE slots in my main PC are taken by the graphics card and wifi network card. Not things I want to be without for long! 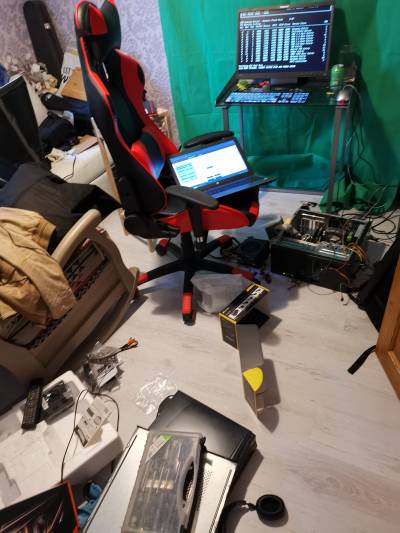 I got an old PC out of the garage (last used in 2016, somewhat newer than the laptop). Found that it too had a graphics card and a network card using its slots… Oh well, I can use the onboard graphics, I'm not editing videos on it and I'm not playing games.

The machine was a bit dirty and dusty, when I tried to start it up it beeped at me repeatedly, and did nothing else (blank screen, no POST or BIOS screens). After checking the manual, it said this beeping pattern was a power issue, I fortunately cleaned around the PSU, connections and fans. When I plugged it back in, it all seemed to work happily! Result. 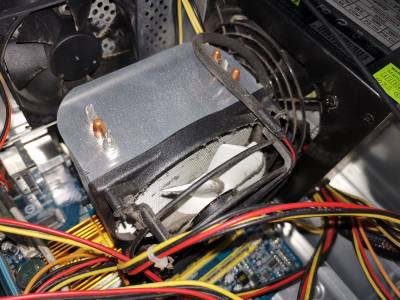 The next issue was that the copy of Linux on it (Ubuntu 2016) didn't boot. I'd cannibalized the machine when I got a new one (disks and a few bits) and I presume the hardware configuration wasn't sufficiently consistent (I'd just taken out the graphics card to use the socket for my firewire card). I wasn't precious about the old OS, and I'd had a separate /home partition on the disk (the smartest move you can make if you are tempted to change linux distributions). It's much quicker to install a new OS than it is to try and work out why the old one doesn't want to behave.

It turned out that the latest Debian and Ubuntu/Lubuntu installations don't support the older wifi card… The new kernal doesn't have the modules ready and I wasn't about to start trying to compile stuff (Most frequent questions when installing Linux driver of Wi-Fi Adapter). I'm not that precis about running the latest kernal, especially when I remembered that in 2016 (the distribution installed on the machine) Ubuntu did support the network card without any modifications. Fortunately (at the point in time of writing) the 2016 and 2018 LTS versions of Lubuntu were still being supported (I'd be able to use them, download packages etc…). lubuntu downloads & Release cycle

So, now I have a PC, with a new firewire card, a freshly installed Lubuntu 18 LTS and the camera gear ready to go. I can now start following guides online, and start to use dvgrab. For those not familiar with getting footage off a DV tape, this guys experience and description is pretty useful for windows and Linxu: CAPTURE MINIDV TAPES VIA FIREWIRE 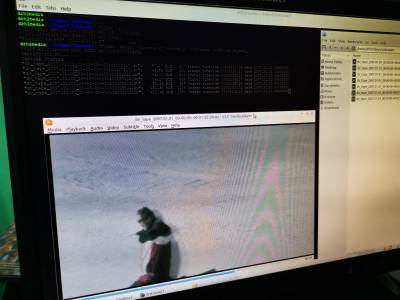 dvgrab created long filenames, containing dates and times extracted from the footage (helpful when I'd set the calendar before recording, less helpful when everything had defaulted to Jan 1st 2007.

I'd copied the files to an external hard disk and then tried to copy them onto the windows machine I use for editing… Ok, so I have to rename them first… All of them (one for each clip recorded).

Davinci Resolve doesn't read the DV footage, I have to convert it using HandBrake The open source video transcoder I loaded up a high quality output, adjusted the resolution and then queued up the footage. It took time for the PC but I was able to start experimenting in resolve with the first clip while waiting for the rest.

The next challenge is that almost all modern footage is captured in fairly standardised reolutions, using square pixels… This wasn't the standard when DV tapes were the main thing!

There is some conversation on that here, which I learned from:

For the editing I didn't do anything particularly outlandish:

Except where otherwise noted, content on this wiki is licensed under the following license: CC Attribution-Share Alike 4.0 International